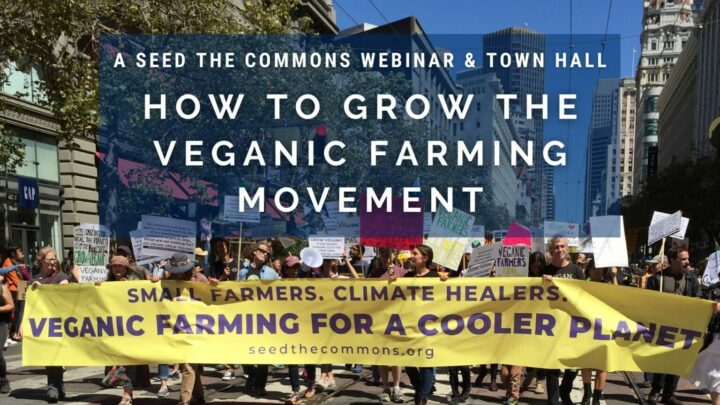 Calling farmers, activists, academics, consumers and everyone who wants to see a serious movement to transition to sustainable and humane farming systems. Join Seed the Commons on March 12th for a half-day of presentations and discussions on the state of the veganic movement in Europe and North America and ways to build the movement for a widespread transition to plant-based ecological farming.
During the first half of the event, Dr. Mona Seymour and Axel Anders will present on the state of the veganic movement in North America and Europe, in particular on the biocyclic vegan movement in Europe. This will be followed by a Q & A session, where we will also be joined by Dr. Johannes Eisenbach of the International Biocyclic Vegan Network.
The second half will be a town hall discussion where we will explore best strategies and immediate priorities for the widespread transition to veganic agriculture.
This event is part of the series ‘Rethinking Food and Agriculture in a Time of COVID and Climate Change’ that was launched by Seed the Commons on World Food Day 2020.