The German based CERES Certification of Environmental Standards GmbH is the official body for biocyclic vegan certification worldwide. In cooperation with local auditing companies Ceres guarantees that inspections in the various countries are carried out in full transparency and according to the same criteria. After a successful inspection the final certificate is issued by Ceres.
Find out more...

Expertise Vegane Europe, better known under the acronym EVE VEGAN®, is a French certification body specialized in the conformity of vegan products (without animal origin and not tested on animals). EVE travels in the field to guarantee the respect of the criteria and issues certificates for raw materials, products and services in the food, cosmetic and textile fields. EVE also coordinates biocyclic vegan certification of agricultural operations in France and the French speaking countries in cooperation with Ceres. 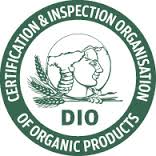 DIO Inspection and Certification Organization was established in 1993 and is the longest-operating certification body for organic products in Greece (code GR-BIO-01). Apart from certification according to the EU Organic Regulation it also provides inspection services according to a number of international organic standards including the Biocyclic Vegan Standard, Naturland, Demeter, etc..

DIO is a member of IFOAM (International Federation of Organic Agriculture Movements) and actively participates in both the IFOAM’s European Office (EU Group), an advisory body to the European Union on the issues of organic agriculture, and the Mediterranean Part of IFOAM (AGRIBIOMEDITERRANNEO).

DIO coordinates biocyclic vegan certification of agricultural operations in Greece and Cyprus in cooperation with Ceres.

Bio Garancia Magyarország Kft. (the successor of Hungária Öko Garancia Kft. since year 2021) was established in 2000 and operates as an independent, accredited certification body. As a member of the EASY-CERT Group AG it contributes to the implementation of sustainable farming and food processing systems in Eastern Europe.